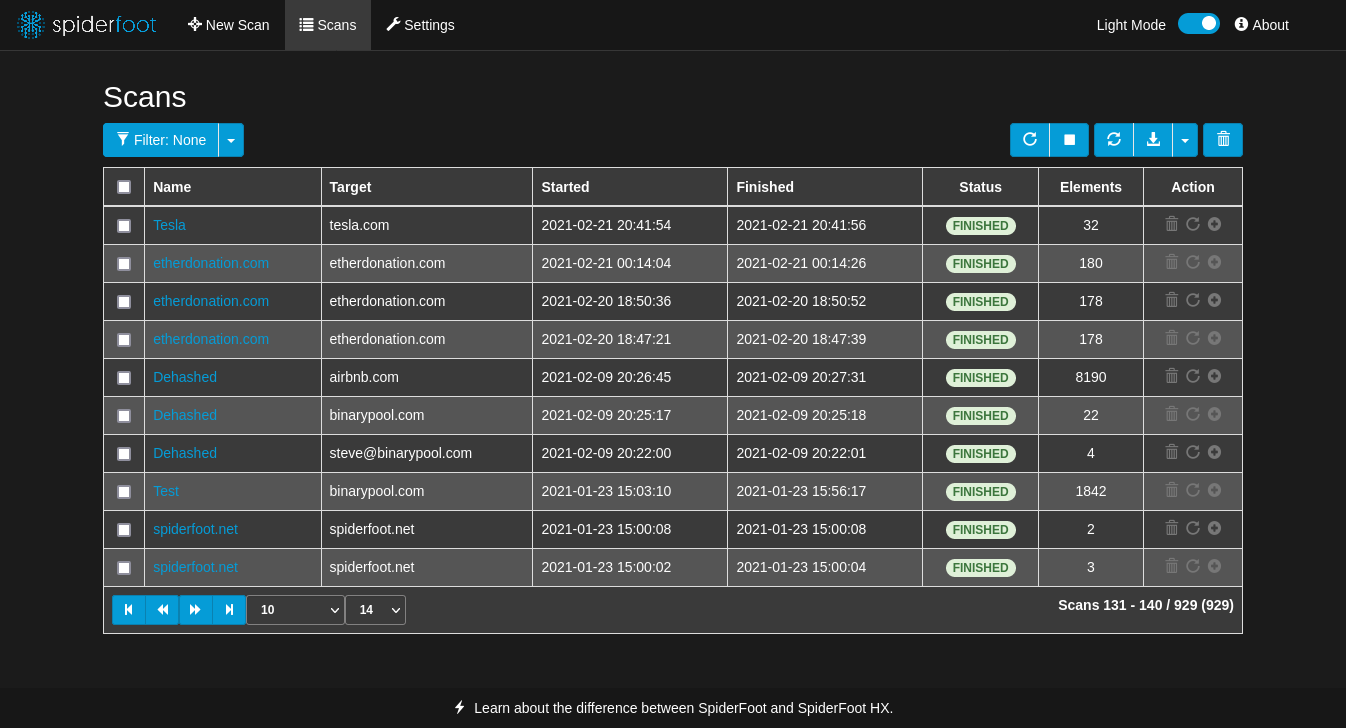 After over six months in the making, the SpiderFoot 3.4 open source release has a lot packed in with some major UI and back-end changes, plus many additional modules and improvements to existing modules.

Here’s the full list of what you’ll see in SpiderFoot 3.4:

As usual a big thank you to @_bcoles, @thetechr0mancer and Krishnasis Mandal for all the work that helped make this release happen!